Below is what we know so far. I’m digging to try and get some more details. Things like: Will there be a 2015 Rye? Is the 2015 20-year-old Stitzel-Weller or Bernheim or other? Are they still sourcing solely from Brown-Forman? 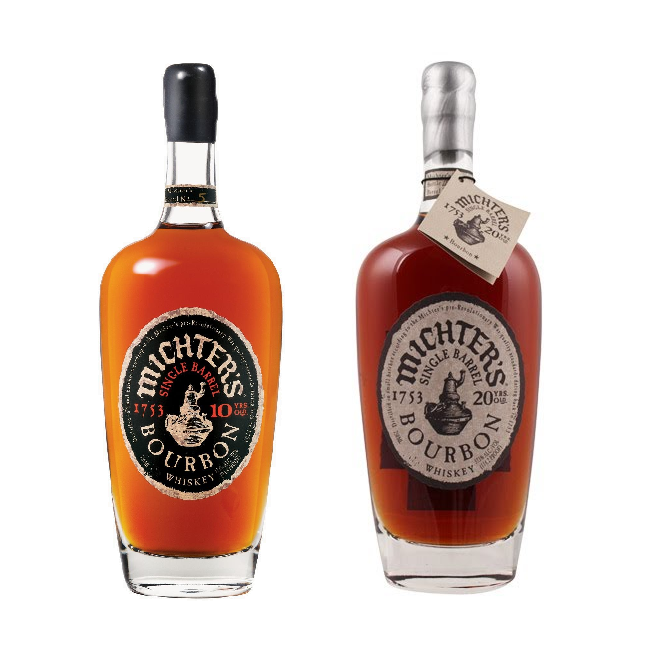 Nicknamed “Dr. No” by the Michter’s sales force due to his frequent refusal to release whiskeys before he believes they have sufficiently matured, Mr. Pratt is a stickler for quality. Says Pratt “These two bourbons were set for release at the beginning of this year, but I held them back for a bit more aging. I wanted them to be just right.”

The 20 jumping $200 at retail is just rich for my blood. It’s really good but it was already pushing it big time at $400. The 10 is expensive but I’d probably still buy a bottle at $120 although that is starting push it too. Too bad really, I think they are getting pretty greedy at those prices but I’m sure people will pay it.

It seems like the new norm for the small-batch bourbon market is “Go big or go home.”

Over $100 for a 10 year bourbon has always baffled me… Pappy 15 and BTAC all retail for less than that. I just don’t get it.

Yeah, I think they’re looking at what people are actually paying as opposed to MSRP. I’ve seen some 2015 M10 go for 250+. Not saying I agree with the pricing but it’s reality. Same reason EC18 is now a $150 bottle when no one was buying it at $40 four years ago

What I wouldn’t give to go back to those times. Buying reserve and limited releases off the shelf and paying less the $50 for top shelf bourbon.

For $600 it better be stitzel weller juice and come with a happy ending.

Ha…..That will be part of the marketing strategy next year when they jack the price of the M20 to $800…

Last year the M10 was selling for $70 to $80 and the M20 just over $400. Michter’s is clearly capitalizing on the bourbon interest by jacking up prices, no way costs associated with distributing these went up that much. I am disappointed in the price hikes, especially on the M20, as it was out of reach last year and even more so now. I can’t see retailers selling M10 for less than $150 now. Also, I find the press release to be an immature ploy at generating interest. I have a hard time believing that an additional 3-4 months of aging makes any difference. Combine that with the lame “Dr No” moniker and not indicating where it comes from and this all makes the people running the brand look foolish. That said, they are very good bourbons!

If you think that’s showmanship, don’t watch the video Joe and Slick Willie did last year on Fox Business!

I’m curious about trying the 10 yr old… how much of a step up is it from the standard expressions, which I consider pretty good (particularly the rye)?

Ha! $120 and $600. Both have doubled in 2 years. Mystery whiskey hanging on a facade of “tradition” and it will be sold before it’s taken out of the box. Check that, before they can even get it off the delivery truck.

Blake – any plans to talk about Jim Murray’s recent claim of Crown Royal’s Northern Harvest Rye being the best whiskey in all the land? I got a bottle today, and it’s pretty good. A lot of apple and spice… but nowhere near the best thing I’ve ever had. Looking forward to throwing it in a blind tasting soon.

The price to the store is $460 and $600 is suggested retail. A store may be willing to take little or no markup for a good customer. Worth asking!

My local Stew Leonard’s had the Michter’s 20 for about $550. It only lasted two or three days on the shelf. They know there’s always someone willing to pay big bucks for LE bourbon.

I picked up a number of Michter’s 10 Year Single Barrel Bourbon bottles over the past few weeks and all but one of the bottles was priced at or below $100. One bottle was priced at $120 and that happened to be in NY. I’m glad to see this amazing bourbon has avoided retail gauging, although I haven’t looked at the “bottle-robbery” website yet. I guess it was able to find them because it came out after the Pappy and BTAC madness and nobody was out looking for rare bourbon.

Michter’s 10 Year Single Barrel Bourbon is one of the best tasting bourbons on the market. Although I’m just getting into it, already has strong character, earthiness and mouthfeel. Well worth the $100. The 2014 Michter’s 10 was my favorite bourbon last year and I’m still trying to determine if the 2015 is better than the 2014? Time will tell once the juice has time to open up. Trying to get my hands on another 2014 so I can do a side by side comparison.

Anyone seen or have bought the Michters 10 or 20 year in Houston or is it long gone?

Who distills this stuff?

Not everybody is a thief, I found a bottle of the 10 Year for $95 in Connecticut of all places. A very attractive price by a great retailer.

Willie Pratt is a Master Distiller? Since when?

I have always said that my favorite of the Michters offerings was the 10yr old I purchased in
2013. My “guy” at my top liquor store I frequent has always told me his favorite bourbon he’s
EVER tasted was Michters 20 from a few years back. So when the opportunity to buy this year’s offering came, I bought it – even though I had to pay $580 for it. He did give me a couple of pours of the 10yr which I found to be very tasty (helped me to make the decision to jump @ the 20…. good sales tactic..!)

Blindly stumbled upon 3 bottles of M10 today in a small market store and bought them all. Anyone looking to acquire a bottle?

What did you pay for them Luke?

I believe it was a warehouse shipping mistake as the store had them priced at $44.99 each, in line with the standard Michter’s MSRP

Might not like the prices going up, no consumer would. but it’s not gouging – it’s economics 101. High demand and low supply