If you follow bourbon media outlets you’ve probably seen this already. But, for me, it’s exciting to see this film get released. If you’ve been reading Bouronr long enough you may remember I posted a trailer for the film back in 2015. I can’t imagine the work that goes into a project like this. I’ve gotten a chance to watch the documentary and it’s really good. Whether you’re new to bourbon or have been a Bourbonr for years, NEAT will get you excited about bourbon! 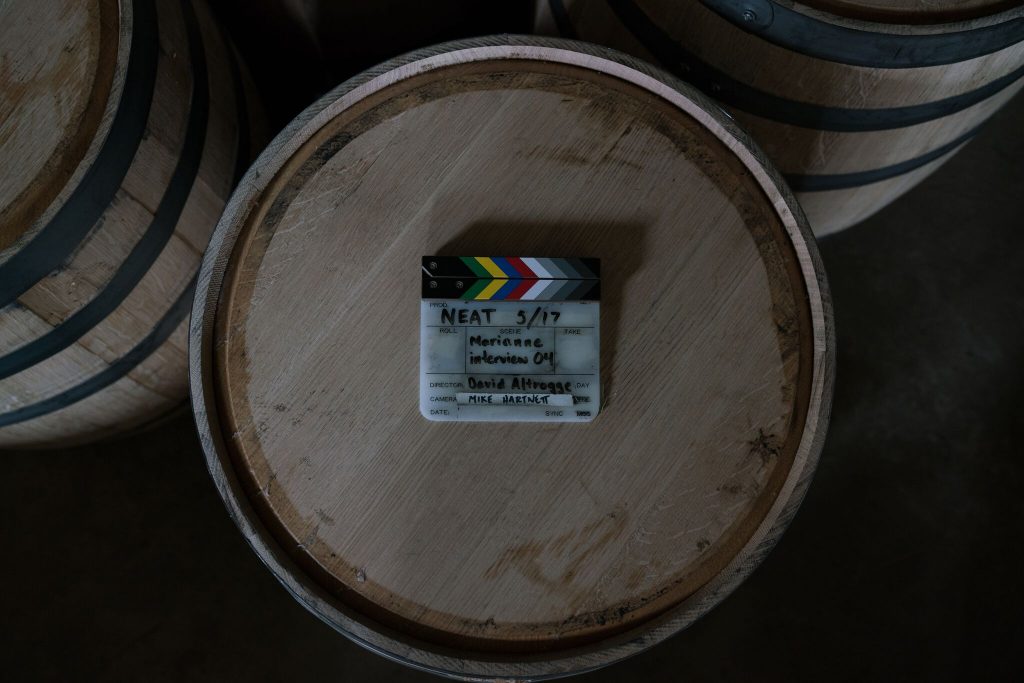 I hate to be that guy. But, one caveat on the “ABCDEFG’s” of bourbon. B is for barrels. If you take a look at the TTB guidelines only charred new oak containers are required. White oak American barrels sounds a lot better though!

NEAT dives into the rich and storied world of bourbon. Exploring its colorful history, charismatic characters, and uniquely American process, the film is a celebration of the time, artistry, and relationships that make for America’s only native spirit. It is a cinematic look at bourbon- one in which the Los Angeles Times wrote about and said, “it makes you want to stop what you are doing, grab a bottle, and run outside.”

Pingback: NEAT: The Story of Bourbon – Beer and Bourbon

When will Neat be released? Is this a made for TV documentary? Is it available on CD

It’s available now on iTunes if you follow the link at the bottom. I’m not sure about any other distribution methods

If you get a chance buy the book Bourbon Empire. A great read!

One of my favorites!

You mean I have to PAY for this? Stupid. Trying to get people interested in Whiskey and this happens. I love my whiskey but this turns me off.

I’m in no way a part of the production but why do you think it should be free? I’m sure it cost quite a bit of time and money to produce something like this. Why is charging for a bourbon documentary any different than charging admission at a movie theatre?

There are several whiskey documentaries out there on Netflix, Prime, YouTube…

It’s also on Google Play for less than Amazon.

Blake, thank you for this post. Its very inspiring.

I was introduced to the bourbon world via the cigar world. I enjoy Blantons and a lot of local and regional distilled bourbons. Grilling, listening to music, and reading a good book on my deck is what I enjoy.

came across this post, not sure how I missed NEAT. Have seen “Scotch, A Golden Dream” and it was quite good. Will watched this too soon.

And for those who complained in the comments here that you have to pay to watch NEAT (i.e. Steve), if you can afford to spend $50 or more on a single bottle of bourbon, you can certainly pay $4.99 to watch the hard work of the film makers. Jeez.