Bourbon is rich with history. Whether legendary names like Jim Beam, Elijah Craig and E.H. Taylor, the history of bourbon runs deep. With the history, brand equity and goodwill are built. In the whiskey business history, legacy, tradition, etc. sells really well. Because of that, marketers use history and stories to sell booze.

But when does marketing blur the line with history? Drawing a line here is tough. It’s hard to say exactly what is too far. Take for example Heaven Hill. One of the most popular Bourbon’s on the market is Elijah Craig. On the front label, it states “Father of Bourbon” and “First to Char Oak Barrels”. If you think these are true statements read Fred Minnick’s book Bourbon Curious. But, I don’t have a problem with this. It’s stretching the truth but still branding in my opinion. Michter’s used the story of George Washington serving his men Michter’s whiskey. WRONG. Michter’s has since pulled back on the majority of their historical references. Now they seem to focus more on what most of us care about. Making a good whiskey. 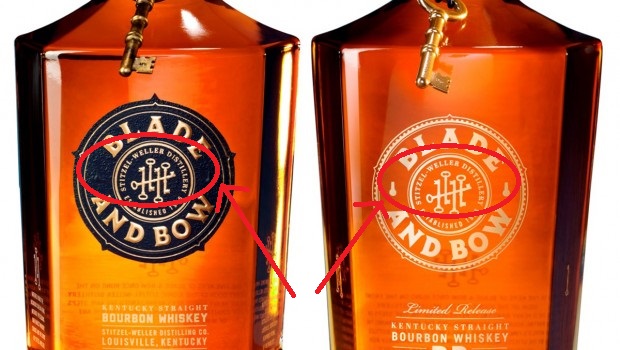 Probably the worst offender of all is Black Maple Hill. Black Maple Hill started as something legendary. It was once bottled by Julian Van Winkle himself. It had age statements ranging from 11 to 22-year-old. The whiskey came from sources like Stitzel-Weller (the actual Stitzel) and pre-fire Heaven Hil. Then it moved to a non-age-stated orange label. It was OK for the price but a middle of the pack bourbon at best. Then, the brand moved to a squat bottle with an Oregon source. It’s $100 and it’s bad. I can’t tell you how many times I’ve seen Bourbonr’s buy a bottle thinking they’ve scored something great. Only to be disappointed when they open the bottle. I’ve actually tried some whiskey from the Stein Distillery (squat BMH source). Some of it is pretty good. I just don’t understand the decision of borrowed brand equity. 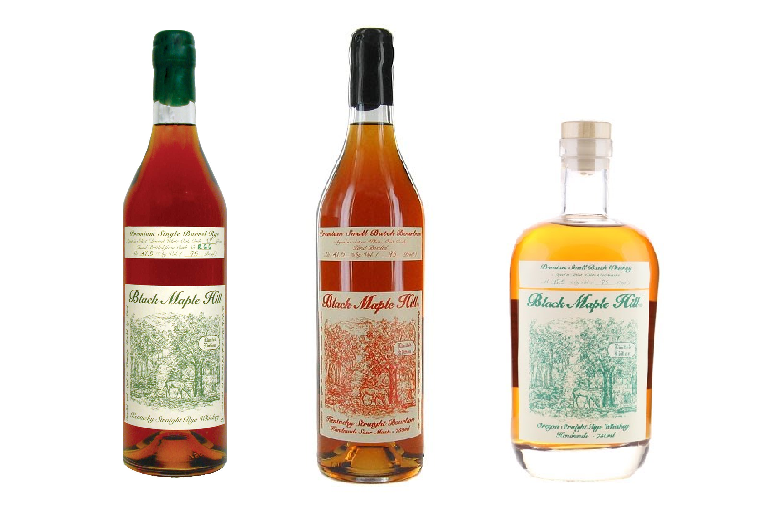 Now let’s let the pendulum swing in the other direction. Sometimes the perception of borrowed brand equity is a problem. In 2014, Will Arvin and Wes Murry purchased the abandoned Old Taylor Distillery. The two launched the new distillery after a couples years of renovations. They decided to use the name Castle and Key. However, before Arvin and Murry decided on the name Castle & Key, they (and the media) often referred to the distillery as the former Old Taylor Distillery. Because it was the former Old Taylor Distillery! Sazerac (parent company of Buffalo Trace) jumped in and hit them with a trademark infringement case. Sazerac claimed that Castle and Key leveraged the goodwill of the E.H. Taylor trademark by showing pictures of the old distillery sign. Even though E.H, Taylor spent more of his life at the Old Taylor distillery, Castle & Key has to be careful on its use of “Old Taylor Distillery”.

If using PAPPY VAN WINKLE as a meta tag is trademark infringement prepare to see every blog and whiskey YouTube channel wiped from the internet. While this case is still in appeals, it seems to be one that Sazerac lost.

What does this mean for the bourbon consumer? Not a lot. Don’t make decisions based on history. Make decisions based on taste. Marketing isn’t a bad thing. But their goal is sell products. Their goal isn’t to make sure you buy the best product. Be vigilant in your whiskey pursuit. There is a new story and label popping up every day. Reid Mittenbueler summed it up best in his book Bourbon Empire:

Don’t believe 90 percent of the tales you read on whiskey bottles, but don’t forget to enjoy them either. The stories are just like the whiskey itself. They start as a vapor, condense, and then sit unseen in a barrel for years. Finally they emerge, transformed into something entirely different and enchanting.

Great read. The takeaway should be – do your research. Try before you buy. This sort of thing will probably exist for some time. In the end, education and experience always win. Cheers!

This was a great read. At the end of the day, even the biggest bourbon fan can be fooled by a bottle or marketing ad. But your tastebuds will never fail you!

I completely agree about BMH and its legacy, but take issue with BMH NAS being just an average bourbon at best. By today’s standards it is much better than that. I will gladly open the precious few I have left before any recent Pappy 10 or 12. I wish I had back all the bottles I drank when I was younger, especially the 16s. It was my go to bourbon and the one that started my passion for collecting. I turned many friends onto it and now it is almost impossible to find.

I have to reference something you said….”Call me crazy. But, I don’t think the magic of Stitzel-Weller came from sitting in a dusty warehouse.” So when is the criticism of Willett coming? Every one of their heralded bourbons was distilled at either HH or Old Fo’ and sat for a few years in rickhouses right across the street from HH. The myth that Willett is something special has risen to ridiculous level on the secondary markets with 14 year bourbons going for over $600 on a daily basis. I think you forgot these folks in your article. Drew is now producing a single flavor profile that quite frankly I am not a fan of and it is quantum leaps behind the HH produced bourbons that have sat and aged and given them both an undeserved reputation and a cash bucket full of $$ from obscene prices at their shop where people flock like Pavlovian dogs whenever someone posts “Willett has….”

I look forward in a couple of weeks to taking a tour of Castle & Key. I think it is amazing what they have done with the “Old Taylor Distillery”. Ok Sazerac I said it LOL. Also stopping to tour the Glenn’s Creek Distillery which was the “Old Crow Distillery. Now I am really in trouble. So don’t worry Sazerac we always stop at Buffalo Trace. A friend was in California attending a wedding and brought me back 2 bottles of Weller 12 year at $80 a bottle. Life is great!!!

John Stogran, You’ll really enjoy the Castle and Key tour. We have taken their restoration tour twice. The tours are long and informative. You don’t feel like cattle being herded. And the history of the place is incredible. If you are fortunate enough to get alaina for your guide, you are in for a real treat. Also, I live in Frankfort and wouldn’t mind a bottle of that 12 BTW (:

So, I’ve got a question regarding BMH. I’ve still got a couple of the Orange label bottles. I think I bought them for $60 each. I enjoyed a few bottles then tucked them away because the guy behind the counter said he wouldn’t be getting anymore. Purchase was after 2010, for sure, but as to the exact year, I’ve no recollection. Any idea how to determine the source?

I have to agree that the biggest takeaway is try before you buy. I work for Cedar Ridge Distillery in swisher, IA and we offer free sampling on all our products because we stand behind our taste.