Located in Bardstown, KY (The Bourbon Capital of The World), Barton 1792 distillery is the oldest fully operated distillery in Bardstown. Barton was acquired by Sazerac in early 2009. The 1792 brand sat untouched for many years after the acquisition. That was until 2015. The 1792 brand received a makeover and the addition of several new releases. The 1972 brand introduced Sweet Wheat, Port Finish, Single Barrel, Full Proof and now High Rye. 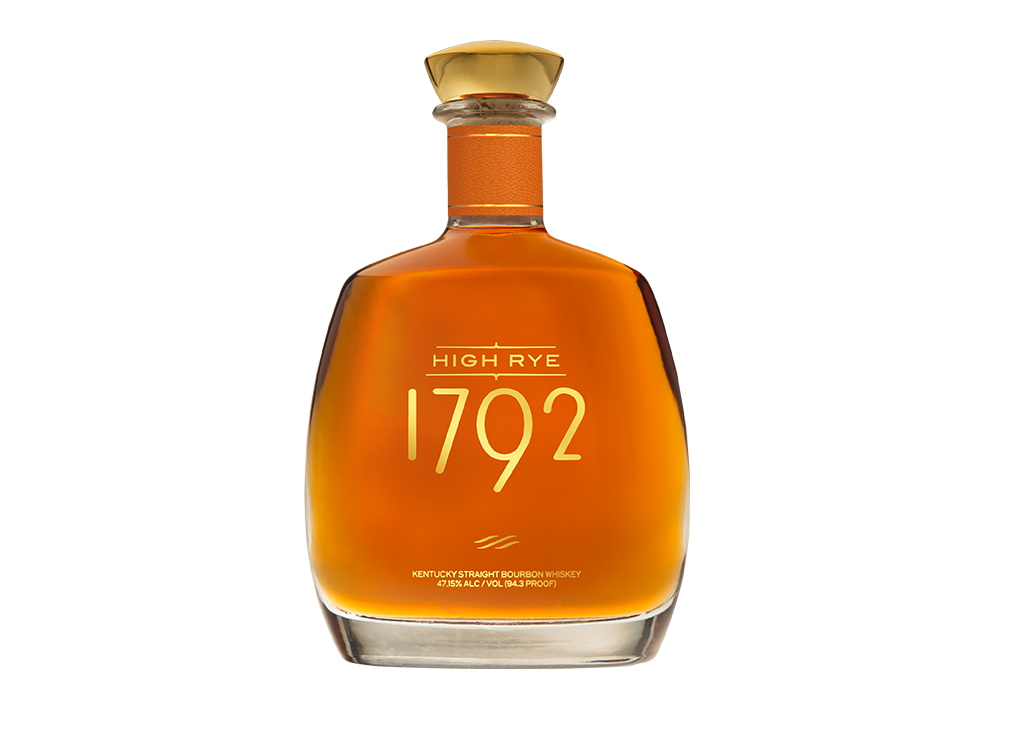 BARDSTOWN, KENTUCKY (Oct. 6, 2016) – Barton 1792 Distillery releases another expression in its line-up of 1792 whiskeys, 1792 High Rye Bourbon. The flagship product of the collection, 1792 Small Batch, is well known for using a higher percentage of rye than most bourbons, but this special edition High Rye Bourbon brings an even more intense amount of rye to the mash bill. Although very limited, expect to see annual releases of this robust bourbon after its initial release this fall.

1792 High Rye Bourbon was distilled in May of 2008, and aged for a little more than eight years on the second floor of Warehouse K at the historic Barton 1792 Distillery before it was bottled at 94.3 proof.

Tasting notes for this bourbon describe it as “starting off with a lightly noticeable but balanced indication of smooth butterscotch, light vanilla, and orange peel.  The pallet introduces hints of anise and black pepper but centers around the explosive spiciness of rye that increases, yet balances out on the surprisingly smooth finish.”

This is the fifth limited edition release of 1792 Bourbon expressions, the High Rye joins previous releases of Sweet Wheat, Port Finish, Single Barrel and Full Proof Bourbons. The 1792 High Rye Bourbon will be available at retail starting in late October. Suggested retail pricing is $35.99 for a 750 mL. 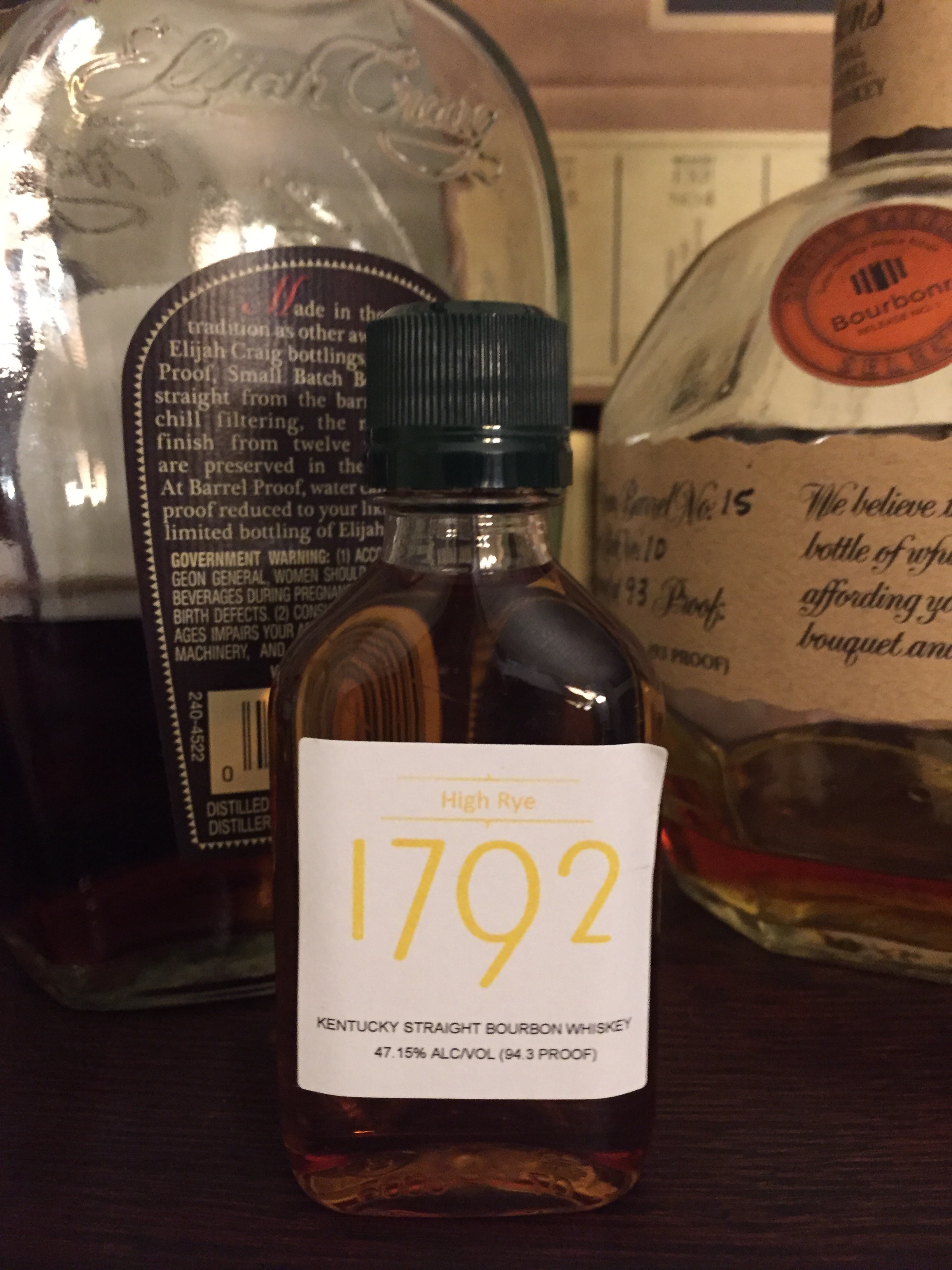 The nose is vanilla and floral. It’s sweet but more of a pear or apple sweetness. There is some mint but not a huge spice note. The taste is orange candy and cinnamon. I get a little bit of pepper and wood on the finish. The taste is well balanced but leans toward the sweeter flavors. It doesn’t have that huge rye spice that I was expecting but I’m ok with that.

Conclusion: This is a release worth buying. It’s a good bourbon at at good price. While I wish I knew what the actual mash bill was. My guess is that it’s not as high as Four Roses mash bill “B”.

Calling a bourbon “high rye” without disclosing the %-age rye content in the mashbill is just blowing smoke, and saying, “Trust me”.

I definitely agree with Victor but this is the kind of advertising gimmickry we should be used to by now. If ya don’t get the rye spice notes rye is noted for (and a rye drinker is looking for) it doesn’t matter what they call it, I for one won’t be seeking out a second bottle.

Gimme a break, either it’s a rye or it’s bourbon– personally I’m only interested in bourbon, my father drank ryes as did my grand father. Give me fine, smooth bourbons. I’ve been drinking bourbons since 1967 before they were even popular with most of the population.

The majority of bourbon has rye in it. This bourbon just has a higher percentage of rye than the traditional bourbon mash bill

I’ve found these “high rye” bourbons hit my palate’s sweet spot. I don’t care much for the cloying corn syrup taste of low-rye bourbons, but i’m not often in the mood for dry rye bombs except in my Manhatttans. High rye bourbons like Four Roses single barrel, Wild Turkey, and OGD tend to end up being my daily sippers.

This is me exactly. I find most whiskey (this includes Canadian) with high corn to be one dimensional. WT101 is my daily.

I’m a big fan of their daily bourbon and I enjoy their Port Finished version. Not as big a fan of their Sweet Wheat. I’m a rye guy so I’ll get this when a bottle hits near me.

Just bought a bottle of henry McKenna 10yr, single barrel, bib bourbon. This has all the correct accolades on the label. I like it, a little less burn than EV white label. I taste anise at the end. I have been contemplating buying the 1792 high rye Andrew. All said, I love my OGD( You drinking OGD yeah you know me!!!).

I expected more spice in the taste because of more rye present. Very mellow to the taste and easy to drink. I think I’ll stick to BOURBONS. Did taste a bit of the orange in it but not much of the vanilla that was talked about.

“I think I’ll stick to BOURBONS.”
@Rick Brzoznowski, this 1792 expression is “Bourbon”. It’s quite good. But if you don’t care for it, I’ll gladly buy up the rest of it. 😉 Cheers.