Nothing says fall like walking into a store to see a squat bottle with a colorful ribbon around the neck. Old Forester, an extension of Brown-Forman (read more here), released their Birthday Bourbon as a celebration of its founder, George Garvin Brown. In case you were wondering, George’s birthday is September 2nd and OFBB is typically released in Kentucky on this day every year. 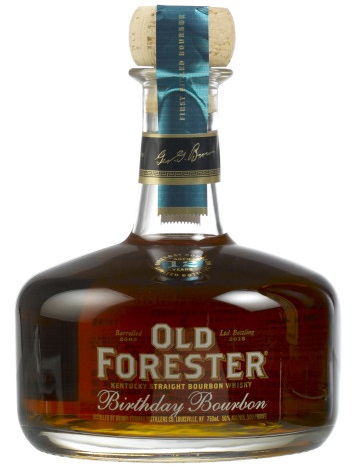 The Birthday Bourbon release is a 12 years old, 100 proof bourbon from a single day of production. The 2015 release is unique because the entire batch was aged in the same warehouse location. Typically, master distiller’s will pull from multiple locations/warehouses to add more complex/balanced flavor to the batch. Also, unique to this batch is the increased price tag. Suggested retail price is between $70 and $80. While this bottle sat on shelves for weeks at $50 just 2 or 3 years ago it’s slowly creeping its way to team “$100 LE”. It’s also become much harder to find. Let’s see if it warrants the newfound hype.

The nose is the sweet ripe cherry smell I expect from OF. It’s woody with a spearmint/spice note. The taste has a charred banana note. There’s a little more caramel and toffee and then finishes with honey and green tea. 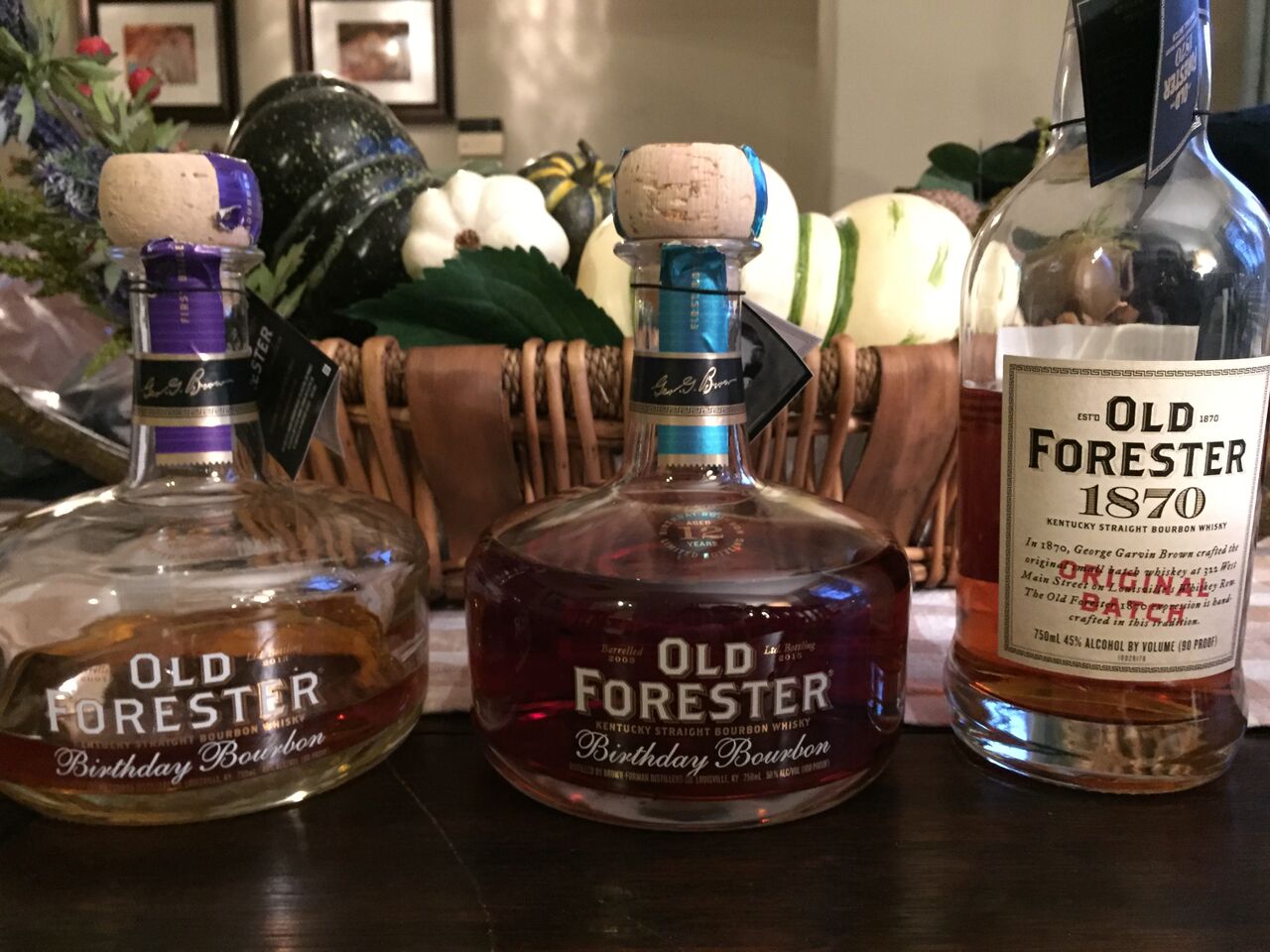 I qualified my review on Instagram with “I’m not a big OF fan”. I would usually pick up a bottle for $50 and occasionally sip throughout the year. Now that the price has increased I’m far less excited by this release. The 2015 OFBB is better than the 2014 release but not as good as the 2013 release when tasted side by side. It’s well balanced with some strong woody notes but I’m still left with an overall taste of char and ripe cherries which is in opposition to my personal preference.

Very hard to get in South Carolina. I run a liquor retail, wholesale store and we received only 2 bottles.

The flavor profile standard of 1870 was batched by Marianne Barnes, former Master Taster for BF now Master Distiller for the resurrection of the Old Taylor Distillery. There was a single barrel Old Forester I liked better but since then, 1870 is my top pick. I have many of the 2014 bottles of OFBB but didn’t get my hands on a 2015. Glad I caught this. I’ll be more than happy to stick with my Old Forester 1870 Original Batch. Thanks!

I was thinking that the ’15 OFBB might be a more aged 1897.
When I got around to opening my bottle, I was surprised by how similar the taste profile was. Maybe it’s just me though.

After reading the review for 1870 I don’t think I want to try either of these. This is from the 1870 review, “… I think 1870 is a mess. The weird cherry taste completely threw me off. It tastes a little hot for only 90 proof and the flavor seemed out of balance.”

But I know it’s all subjective and I was lucky enough to get a bottle this year at a local LQ store so I will definitely be trying the Birthday Bourbon and 1870 at some point. Always interesting to hear what others think and that’s why forums like this are great.

I just found a store yesterday that is getting twelve bottles of this next week. I’m gonna pick one up but it’ll probably be a little while til I get around to opening it.

I got a bottle for $67 here in AZ. Haven’t tried it yet. Will probably save it for holidays

Picked up one lonely bottle on the shelf at an ABC in the middle of nowhere in Florida for $67.99. Never tried the OFBB and don’t recall ever seeing one on the shelf…excited to try it out and see if it is worth the price.

I purchased a bottle, got it for list price and it looks good on the br next to the 2014. I purchased a 2 oz pour at a bar in L’ville last week. I tasted it alongside Old Rip Van Winkle 10 yr and Michter’s 10 yr and it was a very distant 3rd. Very disappointing and thus I have no interest in opening the one I have any time soon.

I love and hate this bottle! It looks cool, but I feel it increases the rate of oxidation dramatically once opened; the decanter-style provides ample surface area upon which oxygen can do its dirty deed!

Picked one up for about $100 bucks (cheaper than secondary for the most part). Great drinking bourbon but not worth the price I don’t think. Much prefer certain four roses to it.