Skip to content
Blakein
Posts
June 18, 2019June 18, 2019
There’s a new wave of bourbon hitting the scene. Since the repeal of prohibition, a few familiar names dominate the bourbon market. Jim Beam, Heaven Hill, Brown-Forman, Wild Turkey, Four Roses, and Buffalo Trace, Maker’s Mark distill 99%+ of bourbon on the market. Small and craft distillers started to pop up across the US. around 2008. In 2008 there were 26 new distillers. In 2017, there were 274 new distilleries. As of 2018, we have around 1,589.
That is a lot of new distilleries but the issue is production capacity. I.e. how much bourbon/whiskey are they making? The entire production capacity of new 2017 distilleries is most likely less than one month of production at a big distillery. There was no real competition from a production standpoint. They’re a drop in the “barrel” compared to the big seven distillers. That was until a few years ago. A new trend has started to develop. We’ve started to see some new faces in the distilling world that can compete on production.
Here is a list of new distilleries with sizeable production capacities. A lot of these numbers are estimates. But, I’ve tried to link to sources where I can. Also of note, not every distillery is running at full capacity. That goes for the big guys as well. 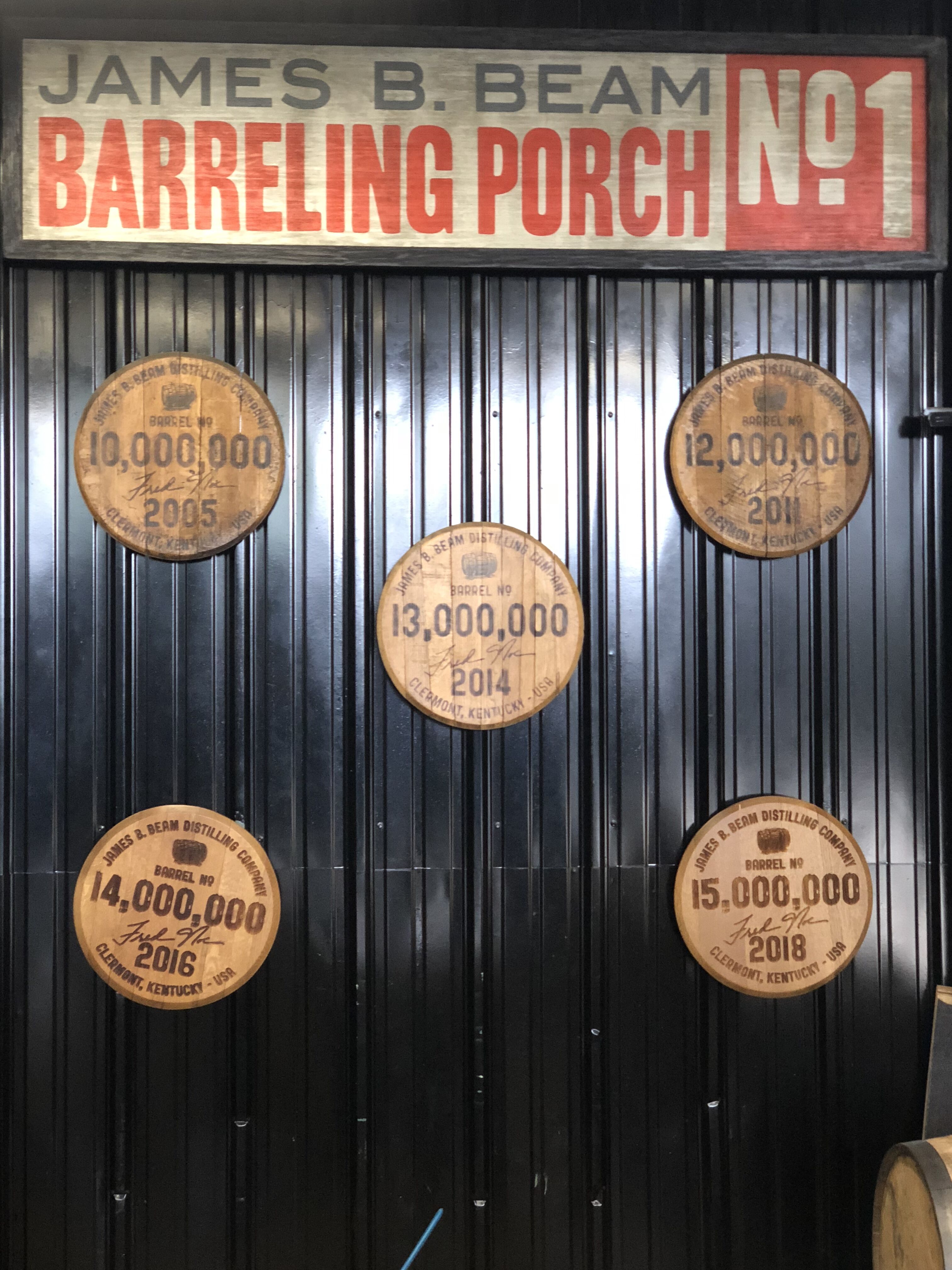 Heaven Hill – 300,000 barrels a year
Buffalo Trace – 250,000 (3rd party source) barrels a year
Jim Beam (both sites) – 600,000 barrels a year (multiple sources) and expanding
Brown-Forman – North of 10,000,000 proof gallons which is around 150,000 barrels
Four Roses – 130,000 barrels a year
Wild Turkey – 165,000 barrels a year
Maker’s Mark – 167,000 barrels a year
The first wave of bourbon started after prohibition. The large distilleries have been operating since at least the early 1900s. Some have changed ownership/name over the years. Bourbon’s second wave was around 2009. This is when the craft movement started to take off. But, most of these operations were at a much smaller capacity. Now, we’re onto the third wave. Within the last five years, an estimated 300,000 barrels per year of capacity was added by seven new distilleries. That’s a lot! What we can’t see is the demand side. Are new consumers flocking to bourbon and American whiskey fast enough? The big seven distilleries have increased their capacity as well. Will that be enough to meet consumer demand? Only time will tell.
For now, the bourbon horizon looks bright. Pappy Van Winkle 23-year will still be hard to find. But, excellent bourbon from an expanding number of distilleries will be plentiful!

OZ Tyler is down a few thousand barrels after their Rick house collapsed yesterday !

Wonder how much Willet is doing

What bourbon’s come out of the OZ Tyler distillery?

If you only looked at the bourbons produced by MGP/LDI would they be in the “big seven” or even displace one of those?