For those unfamiliar with the private barrel process here’s how it works. Store’s (along with a brand rep or distributor) set up a tasting at their selected distillery. At this tasting, they bring out several barrels and the tasting begins. This usually involves good bourbon debates but ultimately a winning barrel is chosen. After selecting the barrel the distillery bottles the bourbon. Buffalo Trace adds a medallion with the store logo and ships the bottles to the distributor. That’s the quick and dirty version of how it works.

We all have our favorites. Buffalo Trace just happens to make some of my favorite bourbons. From the high end ( GTS & WLW) to the low-end (Buffalo Trace) I drink a lot of Buffalo Trace bourbon. That’s why I try to pick up as many stores picks as I can. I love trying different barrels to see how the flavor profile changes from barrel to barrel. 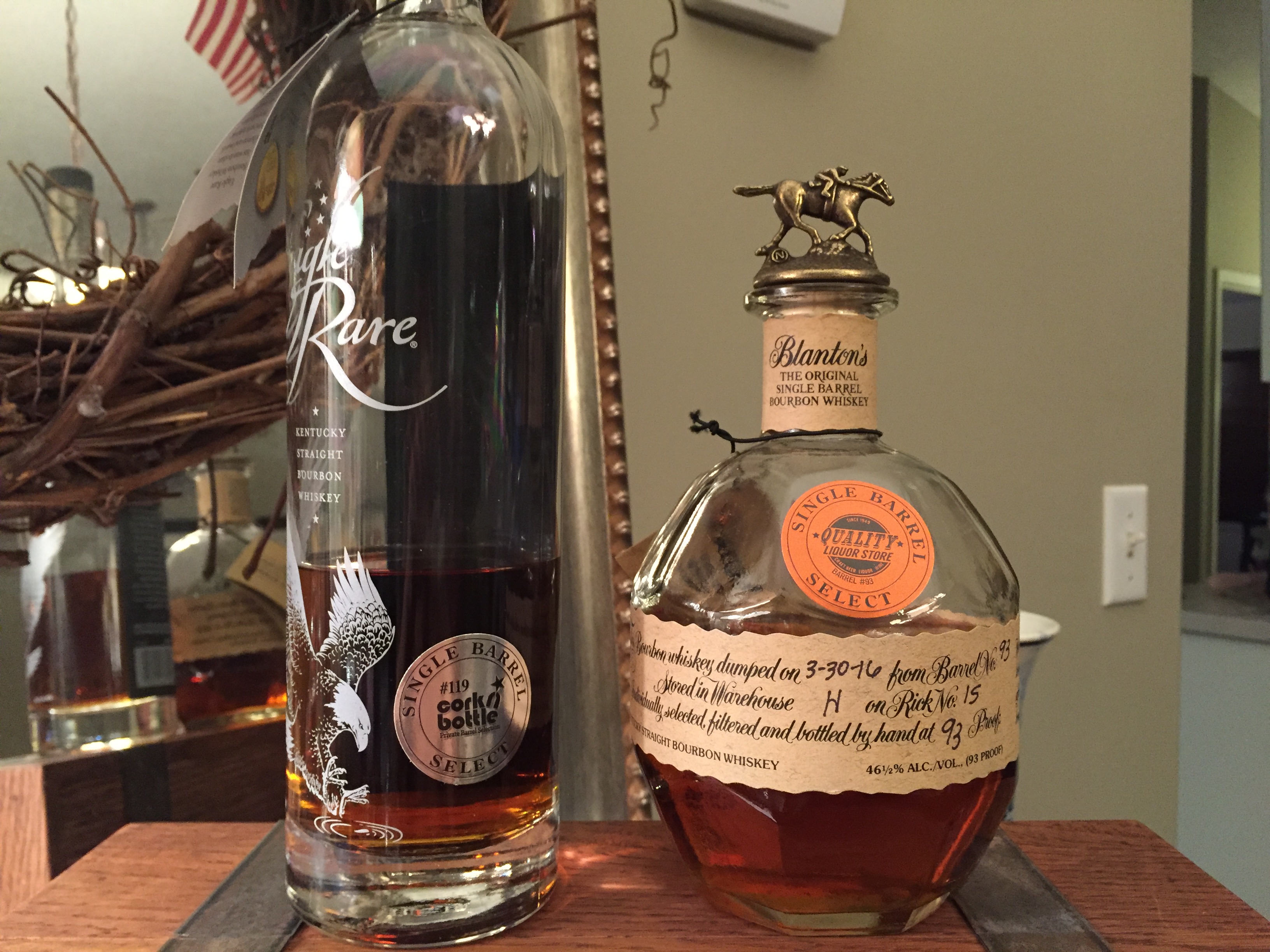 The nose is orange peel but moves to a little sweeter. It’s brown sugar and cinnamon. The taste backs up the nose. Blanton’s isn’t overly complex, but it hit several flavor notes well. That’s what I love about this bourbon. The orange peel, caramel, and spice are well balanced and delicious. The spice on the finished lingers to almond extract. You’d never guess you’re drinking 93 proof bourbon.

Yes, that’s an 11. Eagle Rare is a ten-year-old bourbon. But, Cork n’ Bottle selected an eleven-year-old barrel for their store pick. The nose is fruity and brighter. There’s a little leather and tobacco notes. It’s mildly sweet. Tasting this bourbon you’d never believe it is a $30 bottle. There’s caramel, mint and spice. While I get a little orange peel it’s not as much as the Blanton’s. Green tea and herbal on the finish.

Every store pick is different. Some will be better than others but most are worth trying. While you may not be able to buy these exact bottles I would check with your local stores. There’s also several online stores that get the occasional store pick. If you’re a BourbonHunt member our Buffalo Trace picks should be in soon!

Totally agree. Some of the better stuff I’ve had is single barrel store picks (here’s looking at you Blanton’s Gallenstein #3).

Agree, but you have to know the pallette of the spirit buyers at the store you are buying from. I’ve had many a good quality whiskey that I just flat out didn’t like taste-wise, simply because my tastes are different from the person next to me. So while store picks are a great way to improve your odds of getting a quality bottle, its important to get a feel for the flavor profile that a given store typically goes for. Also another shout-out to the Gallenstein family picks. I think their last KC single barrel was a 12 yr old that they sold for $41. Meanwhile there’s KC 2001 out there at just 2 yrs of additional age but at a %300 markup.

All of Gallenstein’s picks are awesome.

Never had a back Gallenstein’s pick!