We’ve all been beaten down with talks of a bourbon shortage so it’s nice every now and then to hear how the distilleries are handling the situation. There’s no earth shattering information here but it is nice to know that there are no plans to discontinue any brands (stop the “Elmer T Lee is being discontinued” rumors) and that there is sufficient supplies of Blanton’s, Weller and Sazerac. All 3 of these whiskies are among my favorite “everyday” whiskies.

Interested in learning about all the different whiskies Buffalo Trace makes? Read this… 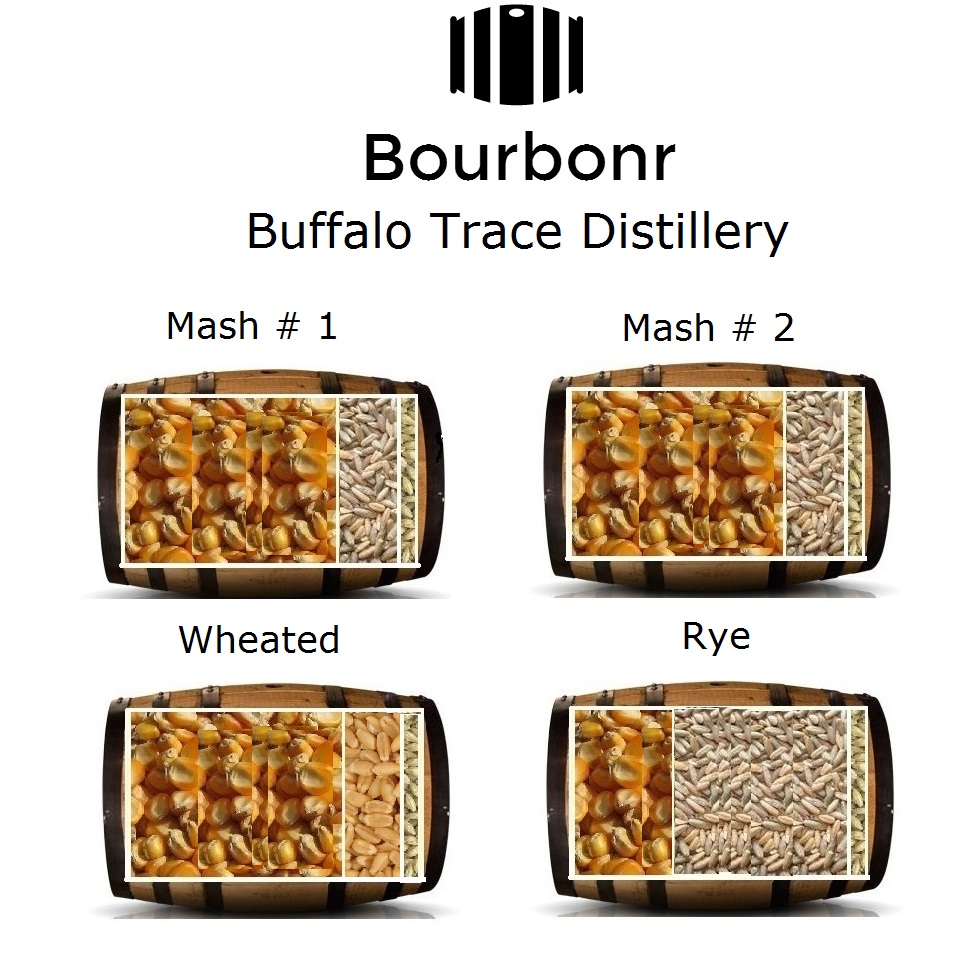 Bold below is mine.

FRANKFORT, FRANKLIN COUNTY, KY (May 13, 2015) There’s good news and there’s bad news coming from Buffalo Trace Distillery in its third annual bourbon inventory update.  The good news is that supplies of fully-aged whiskey at the 225-plus-year-old Distillery continue to increase and Buffalo Trace is making more whiskey than ever. The bad news is that demand continues to outstrip its available supply, which means all of the Distillery’s whiskey brands remain on allocation.

“This annual update relates to Buffalo Trace Distillery specifically, and is not intended to speak for the bourbon industry as a whole, or other distillers,” said Kris Comstock, bourbon marketing director.  “Not a day goes by that we don’t hear from fans asking why they can’t find their favorite whiskey at the local liquor store, so we are offering an annual update to inform people where we stand, and ensure fans we are distilling more whiskey and planning for the future.”

Since demand continues to outstrip supply, brands such as Elmer T. Lee, Rock Hill Farms, Van Winkle, and the Antique Collection (George T. Stagg, William Larue Weller, Sazerac 18, Thomas H. Handy, and Eagle Rare 17) will continue to be on strict allocation and hard to find for the foreseeable future.

Buffalo Trace, Eagle Rare, Blanton’s, Weller, Sazerac Rye, Stagg Jr., and E. H. Taylor, Jr. will continue to be in short supply, but will benefit slightly from increased production more than a decade ago. “Although we can’t guarantee that every fan will find Buffalo Trace or Blanton’s every time they visit the liquor store, things are starting to look up, and overall our inventory is in a better place than it was a year ago. We are very appreciative that fans like our whiskey and thankful for all of their continued patience,” added Comstock.

A few things that Buffalo Trace Distillery will NOT do:

In addition to the previous improvements announced in 2014 such as distilling more whiskey, adding more bottling lines, and hiring more people, Buffalo Trace is taking additional steps to prepare for a growing future.  The Distillery recently purchased an additional 300 acres of farmland adjacent to its current land where it intends to grow its own grains for a farm-to-table bourbon, plus potentially build more barrel warehouses. Additionally, former barrel warehouse buildings repurchased a few years ago on the main campus of Buffalo Trace are being re-ricked and used again as barrel storage warehouses, and plans are in the works to re-rick additional buildings on site in the next few years.

The innovation Buffalo Trace is so well known for is being enhanced as the Distillery expands – its experimental warehouse, Warehouse X, has had nearly one year of barrels aging in it, yielding data with very interesting results; more than 3,000 barrels of experimental whiskies are currently aging on the Distillery’s grounds; and research on DNA fingerprinting is taking place as well.

The whiskies from Buffalo Trace are benefiting from resurgence in the category as a whole.  According to Nielsen, bourbon and whiskey grew at 6% for the 52 weeks ending 3/28/15, with premium volumes up 6.2% and ultra volumes up 19%.

Now watch in wonder as every Buffalo Trace product seems to disappears off the shelves!! Get ready to be price gouged!! It’s bad enough we have to deal with trendy schmucks buying our bourbon (because it’s the next big thing!!) & the f’n Flippers buying up all the limited stuff… now we have articles like this feeding the furnace! ALL anybody will read in this is “Buffalo Trace, Eagle Rare, Blanton’s, Weller, Sazerac Rye, Stagg Jr., and E. H. Taylor, Jr. will continue to be in short supply.”

There’s that optimistic spirit I love!

Blake, I do appreciate your optimism, but you gotta admit it’s almost impossible for a true bourbon enthusiast not to be cynical to one degree or another. With stories of price gouging, cronyism and huge heists allegedly involving conspiracies with law enforcement officials always dominating the news, optimism is in very short supply.

Yeah, the optimism comes from the fact that there’s still a lot of good-great bourbon sitting on shelves and waiting in rickhouses. Production is at an all time high and we may just have a glut of good stuff in a few years

now is the time to open your mind and look at some other bourbon brands Elijah Craig,four roses and smooth ambler are a few that come to mind

All good choices. Except for the Pot Still. For some reason I’ve never been a fan but know others that really like it

You’re not a fan of the POT STILL RESERVE? Something inside you has died! 😉

Blake- out of my 25 bourbon collection, the Pot Still is the ONLY one I just can’t stand. Has an off-putting buttery taste to me. Great minds think alike (but then again, so do the dumb ones).

Smooth Ambler just upped their prices across the board by $10 at a local store. The manager there told me that it was done at the distributor level. Which unfortunately puts it in a price range that is more highly competitive.

In a funny coincidence, during lunch today, I found a bottle of Elmer T Lee hidden behind a bottle of an overpriced canadian rye. Very clever hiding place by who I have to assume was a bourbon enthusiast. Unfortunately, I had to take it to a new hiding place in my cabinet at home.

Exactly. There’s plenty of good ones out there

Good day to post the topic Blake. Just got told by our Young’s Rep that Elmer Lee is allocated to 6 bottles per store in Nor Cal. Also Weller 12 is just 3 bottles per store down from 6 bottles. So, yes the demand is crazy and every one and their brother wants to be on this bourbon wagon. Will send you the pics of Elmer and ECBP # 8 as they come in stock. Cheers and thanks for the updates.

Much of the rare premium stuff from Buffalo Trace isn’t even that great. What made Pappy so good was that it was original Stitzel Weller juice and they ran out of that years ago. Now it’s run of the mill mass production BT . The quality now is hit or miss with last years run being total crap in my opinion. Elmer T. Lee is one of the worst Bourbons I’ve tasted. Weller12 and antique107 are ok at best. The only blockbuster to come out of the Taylor one and done series is the Tornado. The latest Cured Oak turned out to be a real let down. Regular issue Small Batch and Single Barrel are high quality products at fair price with the former being readily available. Small Batch Taylor is one of my favorite reg go to pours. Blanton’s and Eagle Rare 10 are good, but not worth the price .I think most will agree the Antique Collection is top quality ultra premium bourbon at its best. Even the ones that fall short like the ’13 and ’14 Stagg nd most Eagle 17 are still great bourbon.

Agree that most are overhyped and that the BTAC is probably the best release out there. What made ETL such a good bourbon was its value. Used to be under $30, but now prices are $40. Pappy does have some good bourbons, especially the 15 year. But you can find other bourbons that are just as good. To me, the 15 year is a very unique bourbon that is hard to substitute.

I believe the days of liquor stores selling their allocated bourbon at MSRP pretty much over. I deal with a store (15 locations) in Indiana that will typically charge 20 dollars over MSRP. With that being said I have been able to score pretty much any allocated bourbon I what with the exception of pappy

Pappy has actually been one of the easier bourbons to get here because it is such a “popular” release. For other just as good/better bourbons that are allocated, the bottle numbers are much lower than Pappy and stores here won’t indicated when they will come in. “Retail Price” is now just a word…what do you consider retail? The lowest price one is able to get it at in this country? Last fall I got Pappy 15 for $79 and 20 year for $129. During the “spring release” a few weeks ago, the 20 year was up to $165 at the same location. So I guess the “retail” for 20 year has gone up. The 23 year price was raised also to almost $300. 15 year price stayed the same.

Just curious… what are some of YOUR favorites?

That makers cask strength as a regular release now is awesome! Really happy about that! Always though reg Makers, while ok, was a bit gutless. The cask strength makes a great JULIAN component (see Sean Brock’s cookbook).