The five keys of Blade & Bow once hung on the front door of the iconic Stitzel-Weller Distillery. These heavy brass keys presented the five steps of crafting bourbon and symbolized the art of making the world’s finest whiskies. This limited release, bottled by the Stitzel-Weller Distilling Co., is a uniquely rich bourbon with hints of vanilla bean and spice. 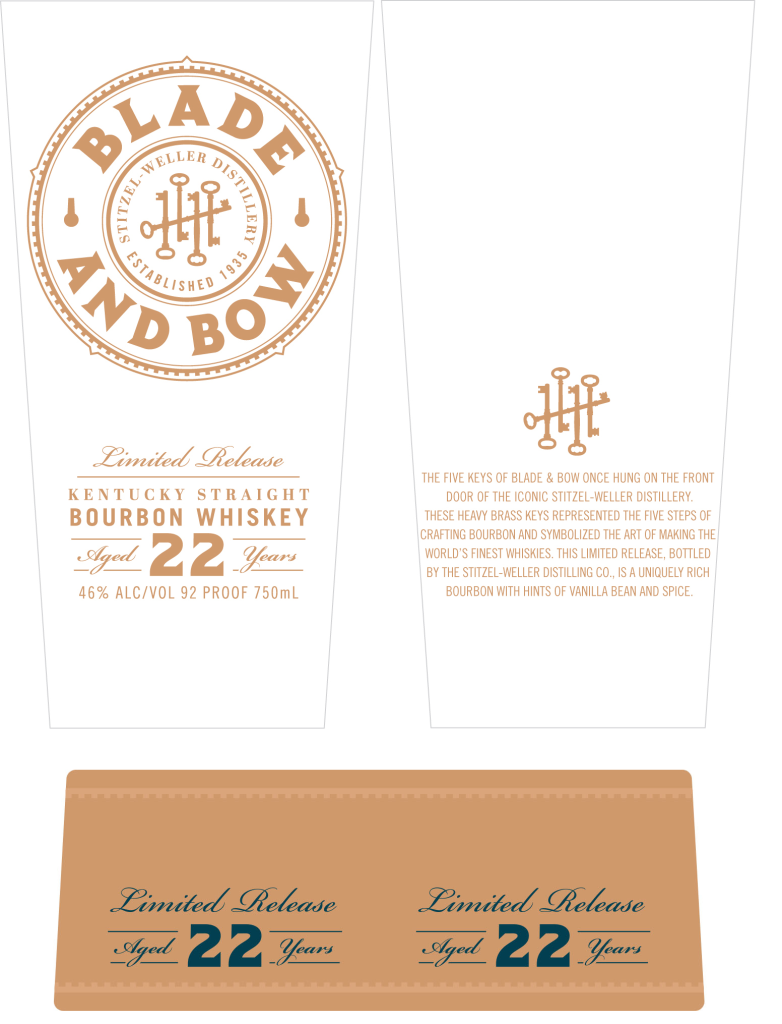 It’s (most likely) 22 year old Baterhouse that has been bottled in Kentucky instead of Tennessee. Get ready for a price tag north of $100. Will I buy it? Probably not. My whiskey cabinet is already stocked with fancy bottles with 20 year+ age statements. I’ll try it at a bar and then make my decision.

This is starting to feel like my post “What Will Kill the Bourbon Boom” coming to fruition.

If it’s anything like Barterhouse, forget about it. Blantons or Evan Williams 10-yr single barrel are both superior for 1/2&1/4 the price of Barterhouse. I’m tiring of Diageo deceptions.

I am so happy that people are tiring of all this and not going to buy these new older bourbons. Please keep this up and stop buying them, all of them. Oh yes, please do!

First of all, thanks for all your blogging and your bourbon tasting library program, Blake. I bought a bottle of the 22 yr Blade and Bow this week, and I find it very delicious, and beautifully matured and balanced. Don’t want to give a full review in a comments section, but I consider this a treat for me. It is worthy of special occasions. Paying $175 is still pretty steep, though. I balk at that even for pappy, though I bought them anyways.

I’m a fan of your blog and thought you could share your opinion about the Blade and Bow 24 offering. I came across this site offering single bottles. The price seems high ($3000.00 a bottle) but it is supposed to be a one time barrel from Stitzel-weller and might have collectible value. It’s probably not something I would open to drink. Do you think this is a legit deal?