Just last week I posted “In Defense of Orphan Barrel” which talked about ignoring the marketing and just focusing on the taste of the Orphan Barrel bourbons. Diageo is making it hard. Blade and Bow could have the same problem. Apparently, Diageo didn’t lose the Blade and Bow barrels in the Stitzel-Weller warehouses but they did bottle them there. Diageo has been renovating the Stitzel-Weller Distillery but had positioned it as the Bulleit Experience. The new bottling facility must have been part of the remodel.

Unlike, Orphan Barrels which were bottled at the George Dickel Distillery in Tennessee Blade and Bow is bottled at the newly renovated Stitzel-Weller facilities (I use “facility” and not “distillery” on purpose). At this point there’s no mention of the source. My best guess would be New Bernheim/Heaven Hill. I’d also expect to see this in the $30-$40 price range and competing more with Bulleit instead Orphan Barrel.

Diageo has done a great job with Bulleit (probably because Tom Bulleit was running it) let’s hope they can replicate the same taste/price ration with Blade and Bow.

As with all TTB filiings, we still don’t have a lot of information. I’ll keep this post open and add more information as it becomes available. 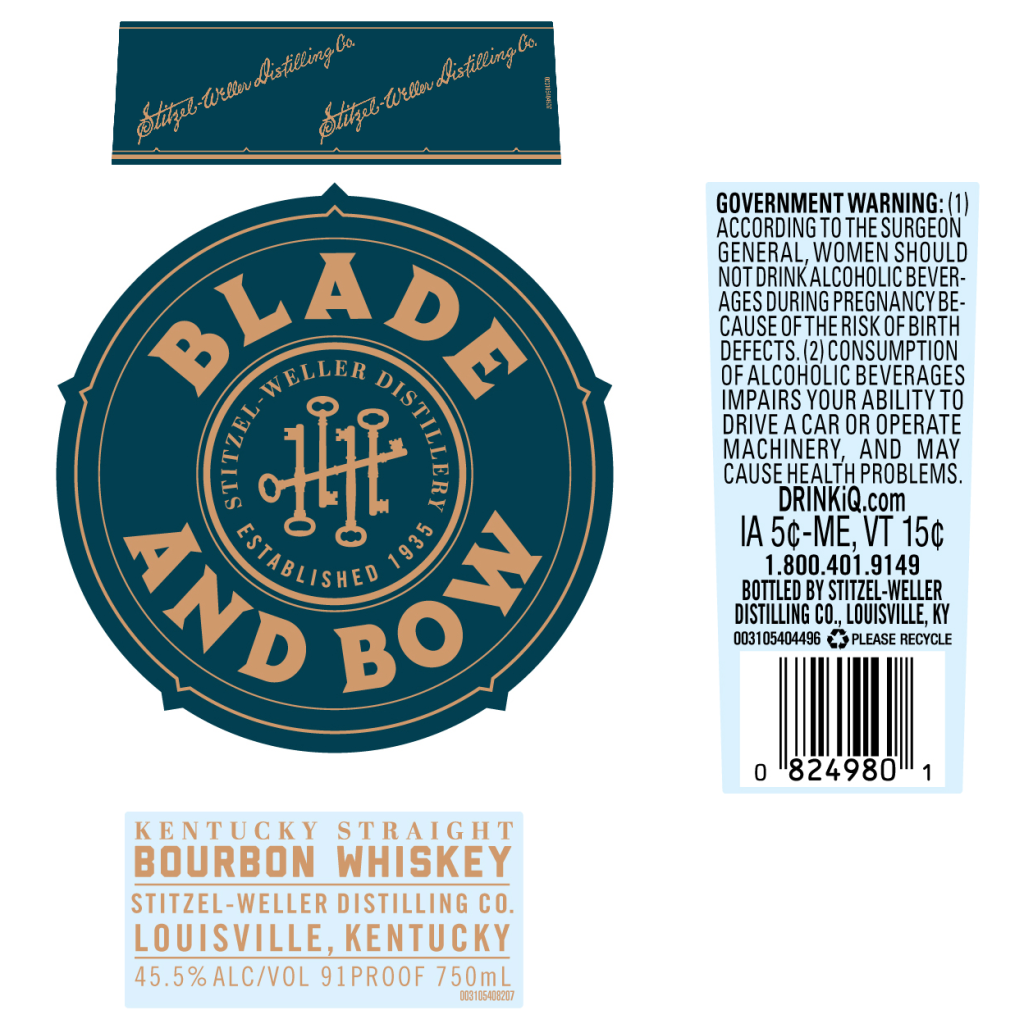 The side labels (scroll down on the COLA) indicate that it’s a vatting, possibly including SW whiskey, or a solera cask or is “inspired by SW.” Not clear if they are all for the same bottle or if the different side labels will go on different labels.

Thanks for the info, Sku! Sounds like they’re really trying to sell the SW name

Mash supposed to be “Wheated”?

Interesting – I was just popping around looking for new info on Blade & Bow, since I hadn’t heard anything in a couple years. This was from a statement Diageo made back in November of 2013 (read the last graph):

>>>>The goal of The Orphan Barrel Whiskey Project is to share old and rare whiskey from our barrel houses with discerning whiskey adorers. The first two whiskies to be released from the project will include the 20-year-old Barterhouse and the 26-year-aged Old Blowhard. Both are American Kentucky Bourbons, hand bottled in Tullahoma Tennessee and are expected to begin appearing on select shelves throughout the U.S. in early 2014 under strict allocation due to limited supply.

Additionally, DIAGEO is creating a separate new-to-world bourbon called Blade and Bow. Blade and Bow is anticipated to hit shelves in the second half of 2014 and is not a part of the Orphan Barrel Whiskey Project. <<<

What is this “Solera” statement supposed to mean? That seems to hint at Blending whiskies or changing out barrels as the Rum makers do. Or are they just Uber Marketers with great catch phrases??

Solera is a way of blending casks a little bit at a time and probably they way they were legally able to say “Stitzel Weller”. My guess is there a little SW bourbon that’s a part of the solera aging