The commemorative bottling of Elmer T. Lee Bourbon will start arriving in stores
this April. Quantities of this one-time offering are very limited. Suggested retail pricing
is $34.99. Production of the standard Elmer T. Lee Single Barrel Bourbon will continue
as barrels come of age and are deemed worthy of Elmer and his legacy.

Notice they use the word “commemorative” instead of special release or special offering. That tells me that it is regular Elmer T. Lee bourbon in a special “commemorative” bottle that honors a legend in the bourbon industry. Don’t get me wrong, I love ETL, and I’m not the least bit disappointed. With a special bottle like this don’t expect to see many of these on the shelf. I’ve already started to make room in the “collector” section of my home bar for a bottle 🙂

Glad to hear that Buffalo Trace has set the retail price at $35. That’s a steal!

What a great way to honor a bourbon legend! 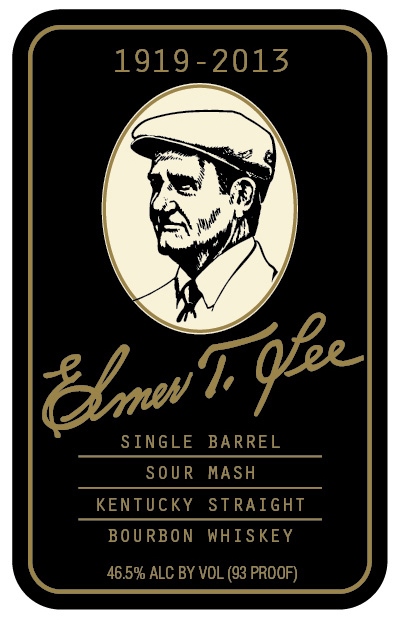 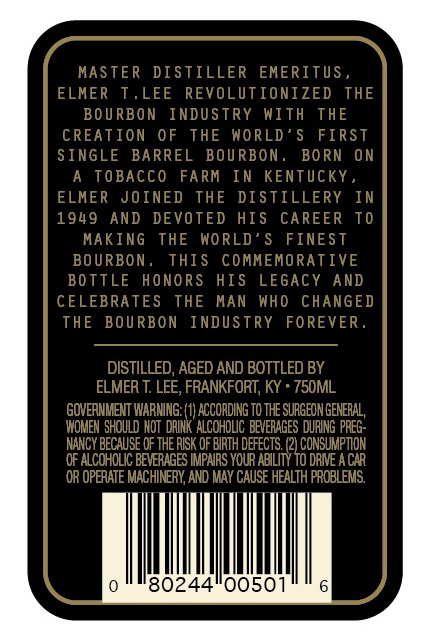 Have you tried Elmer T Lee?

When is the expected release date?

No word yet but my guess would be mid-March

I spoke with a CS rep at BT and they were saying around the end of April first of May. That was as of the first of March. I have really enjoyed the past Elmer T Lee. I am excited to try the new one!

It hit stores in Louisville today and sold out. Very few bottles!!!! Got lucky and I have one. Price was $34.99.

I like this juice. It is a great rotation of Rye or Wheat based juices I like