Heaven Hill announced that they will continue their release of Elijah Craig Barrel Proof in to 2015. No word from Heaven Hill on what the proof will be for the September or January release (release #6 & #7).

Heaven Hill plans on beginning shipments of the third and final dump of 2014 in September, and will release the first edition of 2015 in January.

Elijah Craig BP was originally cast as a one time limited release but due to the popularity of the release they’ve decided to make it a reoccurring release. I know I’m happy they decided to continue with the ECBP release. Also, to be noted in the article is that each release dump is 100 or fewer barrels. That means the bottle count is probably between 10,000-15,000. Check out the rest of Heaven Hill’s whiskies here 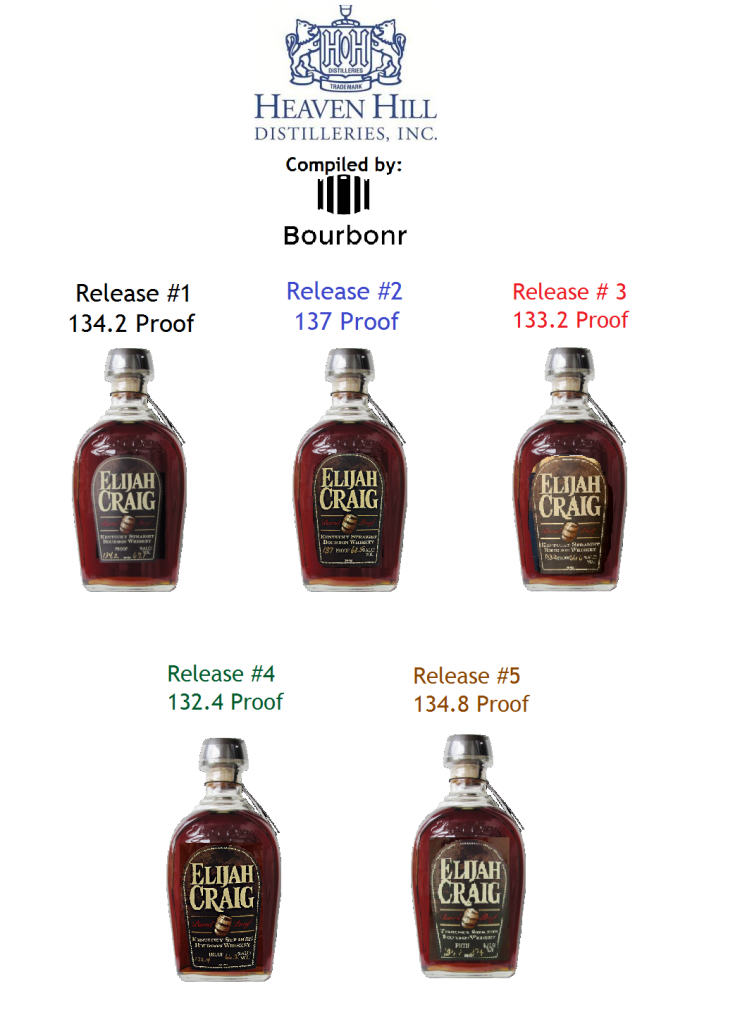 Is this typically a wide national release or is it concentrated in certain areas? I’ve searched high and low here in Connecticut and haven’t been able to find a single bottle since they started with the first release.

Typically, it is nationwide but really varies by city as to how many bottles they receive

Thanks Blake, I’ll continue to keep an eye out and see if I can finally track one down.

Will, I’ve found a few in Connecticut….its hit and/or miss.

There actually was a release before your #1. The original release had the same label as the standard EC12 (white not black), and listed the higher proof. They quickly realized they needed to differentiate better.

129.7 proof. And it isn’t NEARLY as good as the ecbp. If it had been I wouldn’t have waited so long to buy another bottle. Thank you for solving a mystery for me. Any idea the age of the ecbp or why it is so different (and so much better)?

Yes, the ECBP is 12 years as well. That’s what made it even more confusing.

As for what makes it so different/better just depends on the barrels selected. I’ve noticed some variance between ECBP releases as well

Yes there was an exclusive HH gift shop Small Batch Elijah Craig 12 barrel proof. It preceded the retail barrel proof offerings by about one year. It was introduced to test market the viability of a barrel proof version of Elijah Craig. There were a number of different proofs ranging from around 120-130 and priced at $75 per bottle. You can differentiate the two by label color: the gift shop version is a white label whereas the retail version is a black label. The gift shop white label is discontinued and is sold out. However, the black label version is available at the gift shop, but its availability coincides with each retail release and is very limited.