It seems like a question we’ve already answered on Bourbonr. But, after a couple of conversations on several social media outlets this weekend a refresher is important. Remember, the federal government regulates the term “bourbon”. It’s the responsibility of the TTB to enforce these regulations. Here we go:

That’s it. If you follow those guidelines you can legally call your product bourbon. Scroll down for a list of things the regulations don’t stipulate. 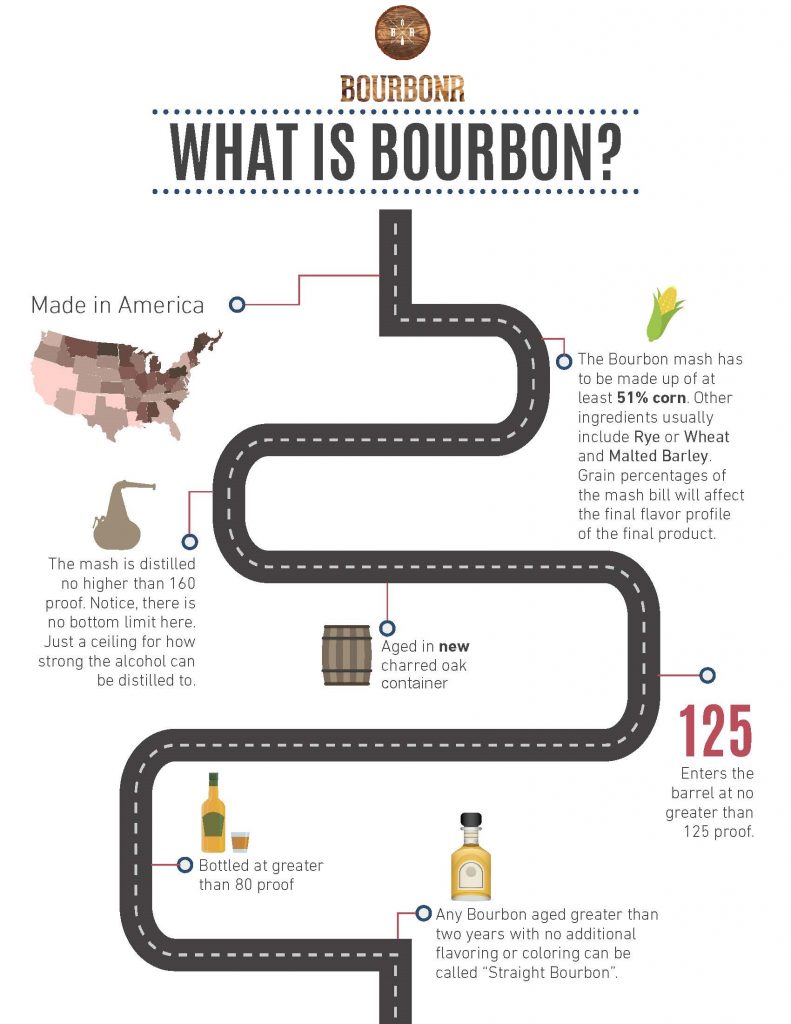 The bourbon confusion usually comes from marketing and distillery heritage. Well intended tour guides and brand ambassadors spit out “facts” about bourbon. These facts are often distillery traditions and practices.

It seems to be the age that tricks most people up. Remember, “straight” bourbon is aged a minimum of two years. Bottled-in-Bond Bourbon has to be aged a minimum of four years. Whiskey can spend one second in a barrel and it is bourbon. There’s no minimum age on bourbon. Speaking of barrels, any new charred oak container would work. While I’ve yet to see a distiller use anything else the law doesn’t specify that a barrel must be used. I’m sure we’ll see a bourbon aged in a charred oak box one day.

Back to Jack Daniel’s. This is the dead horse that is continually beaten. Jack Daniel’s is (legally) bourbon. They choose to call themselves Tennessee Whiskey. Tennessee Whiskey is fighting for federal regulation but it’s not there yet. Jack Daniel’s claims that bourbon regulations forbid Lincoln County process. It sounds good but it’s not true. Bourbon regulations make no mention of any filtering processes. Jack Daniel’s whiskey often falls under the “Bourbon” class. Like with TTB filings. And, other Tennessee whiskey’s bottled by NDP’s and labeled “Bourbon”. Or, with NAFTA (see Annex 313). Yet, the same bits of misinformation spread around bourbon and whiskey circles. In the end, it doesn’t matter that much. If you like it, drink it.

Thank you re. JD. So many people like to throw that one out there. Does it taste very different? To me yes. But I’ll call it technically/legally bourbon always haha. TN Whiskey just adds filtered through maple charcoal and made in TN. Those things don’t exclude it from the bourbon category. Cheers.

I thought for sure for Bourbon, the moonshine has to enter the charred white oak barrel at no more than 125 proof. ??.

Thanks for the reminder and clarification. I look forward to your Blog and the insight you provide, keep up the great work.

Michael Veach says Tennessee Whiskey isn’t bourbon due to the stage at which the charcoal filtering is done. Amazing that such a basic thing still has several sides. I don’t know who to believe.

Tennessee whiskey’s in the final paragraph should be whiskies.

Looks like all bourbons that I buy use the label ‘straight.’ So yes, age matters. While legally it can be aged 1 minute and still be bourbon, I am not drinking it unless it qualifies as ‘straight’ bourbon. The idea of no age requirement is a technicality that has no bearing on my drinking or purchase experience.