Update: Retail price will be $110 and it will release as early as late April to early May. 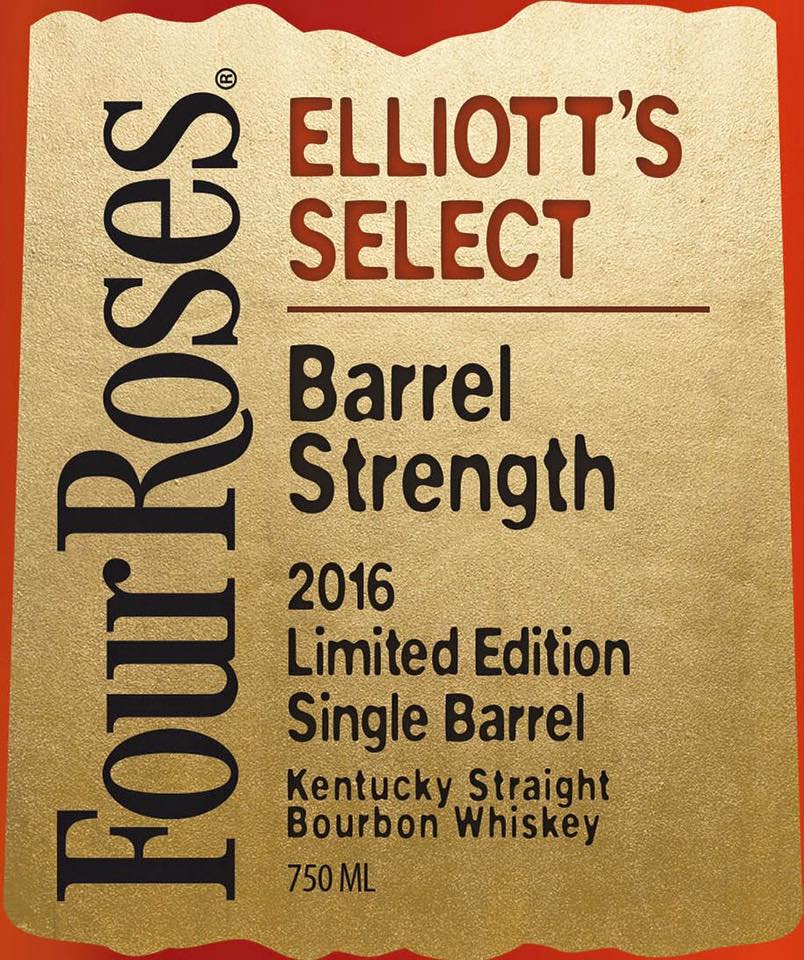 What better way to introduce Brent as Four Roses’ new Master Distiller than with this elegant, balanced and perfectly-aged Limited Edition Single Barrel that he personally hand-selected from one of our 10 distinct Bourbon recipes. Once you meet Brent, you’ll understand why he would lend hi name to a Bourbon that greets you with warm spicy aromas, balanced by a well-rounded, oaky-rich fullness with no sharp edges or out-of-place flavors. Its mellow character from beginning to end is very much a reflection of the new Master Distiller himself…as well as a sign that the Four Roses tradition of handcrafting exquisite Bourbon is in the perfect hands going forward.

This is exciting news! OESK is in my top 3, if not my favorite, of the Four Roses 10 mash bills. There’s no mention of proof but I’d guess it to be 105-110 range based on other releases.

Do we expect this to come out at the same time as the small batch limited edition or staggered?

I’m excited for this…but the Master Distiller putting his name on the product when he just started the job?!? Makes me think he is an attention whore. Also makes a silly label.

Good news, but the new name (Elliot’s Select) will command even more money. Hey Blake, any idea what the MSRP will be? Also, do you have any idea on/or about a specific date when it will be released into *the wild*……if at all, because I know this will be *highly allocated* to bars and licensees.

I purchased one and its hand signed by the master distiller himself. Do you know where I could sell it?

How much? Just curious, why go through the trouble of waiting in line and getting it signed just to sell it?

We happened to be there at the right place at the right time. I was there for a tour and the master distiller was standing next to me. We struck up a conversation and I ended up buying two bottles. No waiting in line or anything.

I am intrigued by Four Roses and their various mash bills….I wish they would do something like a sampler 275ml bottle package with the various recipes.

FR typical does LE Single Barrel releases in May. The LE Small Batch is September to coincide with the Bourbon Festival in Bardstown, KY.

My guess is $120 tops. Brent trained under Jim Rutledge for 10 years; I have no doubt this will be awesome. I had an OESK 15 year old that was easily one of the best I’ve ever had.

Great, another one I want, but will have 0 chance of finding in the wild

Where do you live?

I’ve still yet to find any other source confirming the release. Any updates you’re aware of re: release timeframe?

Great, thanks for the response @Blake.

The release will be mid June, and is expected to be around 9000 total bottles first being sold at the gift shop, then the remaining to be sent out through select distribution. There are no holds, no pre-orders/orders, limit one per customer on a first come first serve basis.

Also of note, besides the mashbill being made of 75% corn, 20% rye, and 5% barley and distilled at the Four Roses distillery in Lawrenceburg, KY, the Elliott Select is slated to have an alcohol content of 60% / 120 proof.

I am VERY into Bourbon this last uear and a half and just find it silly you have to go all over God’s Green Earth to try some of these GREAT Bourbons…. I have been looking for PAPPY for 4+ Years along with others…. I Hear about them but never come across them…. This is Killing the Bourbon Game…. Think I am Crazy!? Good because me and all my friends I have recruited are getting sick of the broken leash dog scene…. We often find ourselves just buying Jack Daniels which is Fine by most but I am trying to spread the word and the overall Big Picture of great Bourbon…. It Just Seems Like A Lost Cause….

I purchased 2 and met with the distiller for his signature. I want to sell one, but don’t know how to go about finding a buyer. Any suggestions?

kS Since the day he was a “Bundle Of Joy”, Brent Elliott has had Personality Plus and for me, the epitome of a perfect nephew. I have vivid memories of his being bored and impatient with those first Mickey Mouse chemistry sets and how determined, confident, creative, and on fire he became when mixing concoctions and his own special formulae. When surrounded by vapors, mists, noisy bubbles, sizzling spewing sounds, nose-burning strange exotic smells and intermittent minor explosions, he came alive. . . Knew right then nd there he would someday be “one to watch”. His professional career, for such a young man, has had phenomenal rapid progression. Brent Elliott hasn’t been just sittin’ around talkin’ trash and makin’ mash these days; he has bottled up smooooooth sophistication that’s conducive to meaningful mind maze meandering and profound philosophical pondering of life’s deepest mysteries. It’ll set you free !

Are you really his Aunt? If so, this is my all time favorite Bourbonr comment!

Hello Blake . . . Thanks for your comment, and I DO have that DNA connection with Brent. The passion you bourbon lovers have is obvious, and your vivid descriptions of favorites and the subtle differences is fascinating. I’ve never even known, by both definition and taste, the difference in bourbon and whiskey .

Jeez, people. Just go find an OESK bottling, which isn’t that difficult, for around $70 and be done with it. If you really like Bourbon there’s plenty to buy and drink. Half of the talk here is ridiculous, especially the “I have one, where can I sell it?” guy.
You, my friend, are everything that is wrong with Bourbon right now.

Seems overpriced to me! I have a few Private Selection Barrel Strength Four Roses Single Barrel I got for around $60 each. One I have yet to open has some decent age to it (just under or just over 12 years if I recall correctly), so why this is over $100 is beyond me.

Because they knows that they can get it

Hello fellow BourbonR’s!
I was able to get the 2015 LE, but have been a bit disappointed next to the other treasures I have. A few months ago, added the Brent Elliot 2016 LE to my cabinet, but have not yet opened it.
Today, fortunate enough to find a 2016 LE with the regular label. The reviews on other sites are quite glowing, but no one compares it to the “named” Elliott bottling.
Can anyone give me some advice? Which one to open, which one to save/gift/sell?