I’m a big Smooth Ambler fan. Not that it should matter. But, more context is needed around bourbon and whiskey reviews today. It’s possible that these preferences make their way into reviews but I do my best to block them out. I should also say that this wasn’t a distillery or PR sample. I purchased this bottle on my own. I like Smooth Ambler because they make and bottle great bourbon. So do many other distilleries and brands. I’m a fan because of how they handle their business and interact with customers. They’ve always been straightforward with their customers. Even when it’s bad news. I see Smooth Ambler guys hop into the bourbon Facebook groups to answer questions. Even when it’s criticism or negative feedback. They appear to genuinely care about the people buying their products.

I first interviewed John Little, one of the Smooth Ambler founders, in 2014. The distillery has grown and acquired by Pernod-Ricard since then. Yet, not much about the process seems to have changed post-acquisition. There wasn’t a significant drop in quality or increase in prices. From the outside, the only noticeable change is the additions to the distillery. Smooth Ambler is focused on their core whiskey line: Big Level, Contradiction, American Whiskey and, Old Scout. Some of my favorites like the rye and 10-year are gone. I’m excited to have more West Virginia bourbon. Big Level Bourbon didn’t come with a huge PR splash. It’s not priced at $100+. Smooth Ambler isn’t pushing people to buy because it may be worth thousands of dollars in a few years. They’re releasing great bourbon as fast as they can. 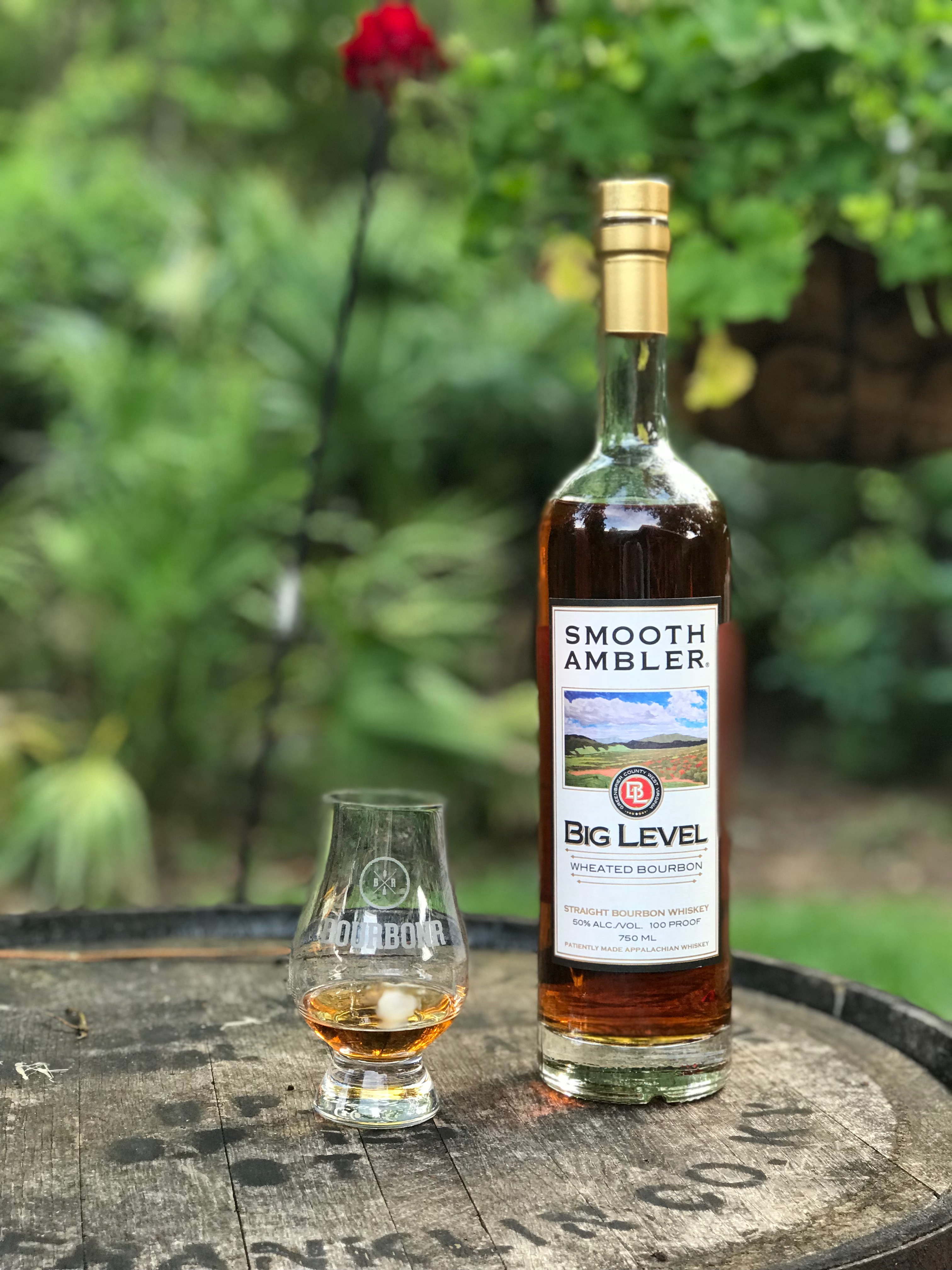 The nose is initially sweet with some spice and a whiff of ethanol. That taste is toffee and butterscotch with cinnamon. Great spice and oak. It does lean a little heavy on the oak and shows a little bit of the age. But, as it moves from palate to finish there are tons of green apple, pear and caramel notes.

Conclusion: For $55 I’d picked up a second bottle. I really enjoyed it. It’s a little out of balance at times but overall a good bourbon. I spoke to John Little about the last Wheated Bourbon release. He kept reiterating how they’ve improved their whiskey making process. They seem proud of this release but keep pressing forward knowing that they’re still making better bourbon.

It really develops after a little time to breath. Some of the green wears off and it shows a little more biscuits and syrup. I am enjoying it very much. It was a little rough around the edges when I popped it but almost 6 weeks in, its drinking very well

I agree. 1st glass, I wasn’t impressed. Went back to the bottle about a month later and it’s growing on me. If they did a 10-12 year expression, I think it would be one of my top
5…

It’s interesting to me that this is the very first favorable review I’ve seen. Reviews posted on both Straightbourbon.com and the Reddit Bourbon group are not as generous as you. They pretty much all say it’s mediocre and not worth the price of admission.

Seems everyone opinion of it is all over the place, I still look forward to trying but haven’t seen it anywhere but Broudy’s so next time I’m over there I’ll pick one up. Thanks for the review. 🥃

Yours is the very first positive review I’ve seen so far. The reviews on StraightBourbon.com and the Reddit Bourbon group are all pretty dismissive. I think I’ll wait a bit longer and see how it shakes out – $55 is a bit much when I can get Weller Special Reserve (another wheater) for $18 down the street. According to one reviewer, WSR is much better than Big Level, and at a fraction of the cost.

I just opened my 1st Big Level bottle last evening and tasted it vs WSR and Buffalo Trace, enjoyed Big Level more-sweeter, smoother finish.
I’m not a fan of WSR, it seems young, more astringent finish. BT has smoother back palate, but I don’t get the sweet front palate of Big Level. $55 isn’t cheap, so likely not my everyday go to, but I’m a fan of the latest Smooth Ambler product

Just like wines, you shouldn’t always go by the reviews. Try different ones and see what you like. Official tastings can be impacted by many other factors other than how good it really might be especially for your tastes. So much bourbon and wine is driven by marketing and hype, lots of good stuff out there.

Thank you for the review and the comments are interesting as well. I’ve only had an in-store taste and was put off by a green grassiness that I do not get from other, all older, wheaters. As flavors do indeed change (sometimes dramatically) after opening, I’ll try it again but at a bar.

I really enjoy your columns and the reviews. I wanted to say that before saying that I tried Big Level based on your recommendation and really didn’t care for it at all. This is the third version of their bourbon I have tried and none of them have been very good, in my opinion. It may just be my palate, but this one just doesn’t have the same finished taste of some of the other wheat bourbons. I will say this is the only one of your recommendations that hasn’t been a hit.

Would like to buy a bottle of the great bourban u talk about can u put me in touch with some?

I had high hopes for this bourbon, but I have to admit I’m underwhelmed at first taste with this one. I know the description says 5+yr blend, but it immediately tastes very “shiny”(moonshine-like/under 4yr old taste). I’m probably just going to try and use this up in cocktails, and move on to sipping other bourbons.

Possibly one of the worst whiskeys I’ve ever had. A mouthfeel of gasoline and the same jolly rancher sweetness as Chinese rice liquor. Shame as I thought something from SA would be a sure hit.

Got a bottle on sale for $41. I absolutely love it! After enjoying it, I tried some EH Taylor small batch and it was a difficult transition. I just wanted more Big Level! Now I know – don’t mix wheated and regular bourbon in the same session…